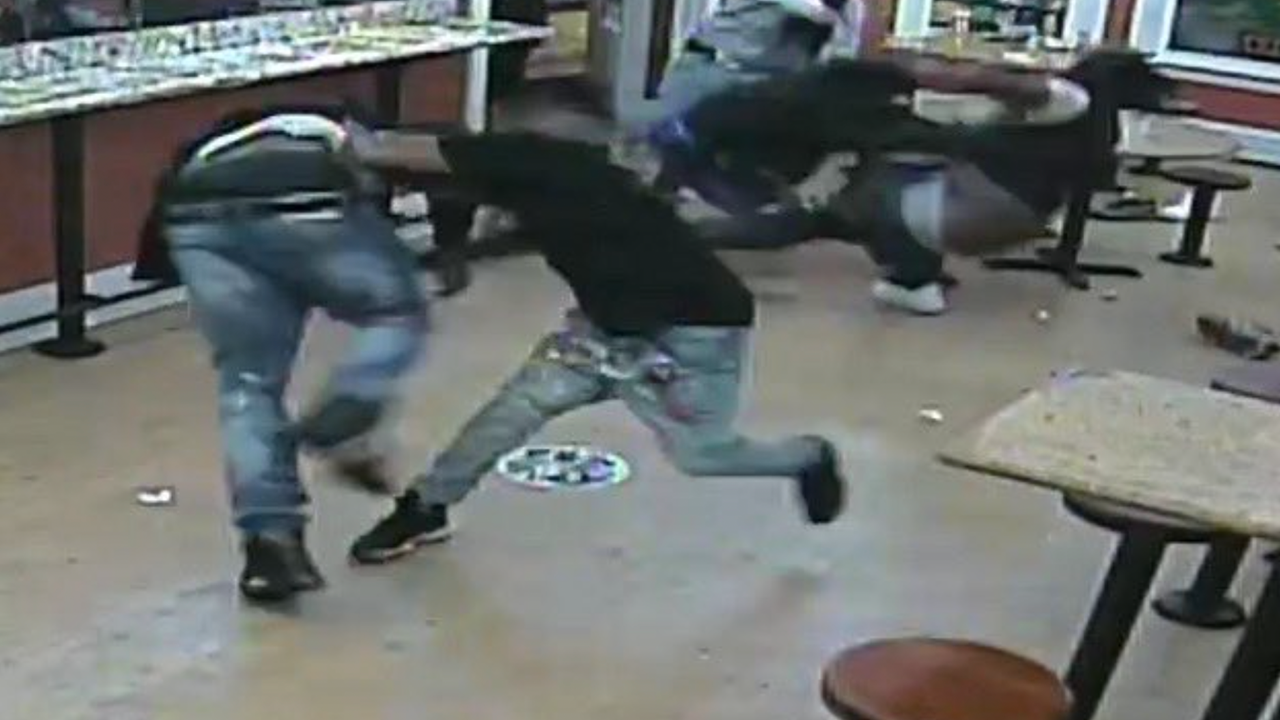 California’s San Jose Police Department released images of a fight that led to a police-involved shooting inside a restaurant.

“One of the subjects pointed a gun at another person; one of the arriving officers fired a handgun and struck the suspect at least one time,” said Christian Camarillo of the SJPD, according to NBC Bay Area.

The fight unfolded Sunday morning inside the La Victoria Taqueria in San Jose. Police responded to reports of a man with a gun inside the restaurant.

Daisy Manzano, a San Jose State student, said she “heard a couple gunshots and a bunch of cops and everyone was running this way.”

The San Jose Police Department released images of a fight between two groups that led to a police-involved shooting inside a restaurant.

“We will correct some misinformation that has been circulating and are releasing images of the fight and struggle over a handgun that occurred inside the La Victoria Restaurant and of the individual who was holding the handgun at the time he was shot by one of our Officers,” the San Jose Police Department said on Twitter.

Mercury News had reported Monday afternoon that police shot a man who had disarmed another man during a fight inside the restaurant.

The photos appear to show suspects struggling on the floor of the restaurant, as well as suspects throwing punches at one another. Police also posted a body camera still of a suspect appearing to hold a gun.

The police department will hold a press conference Tuesday on the police-involved shooting. The man who was shot is expected to survive.