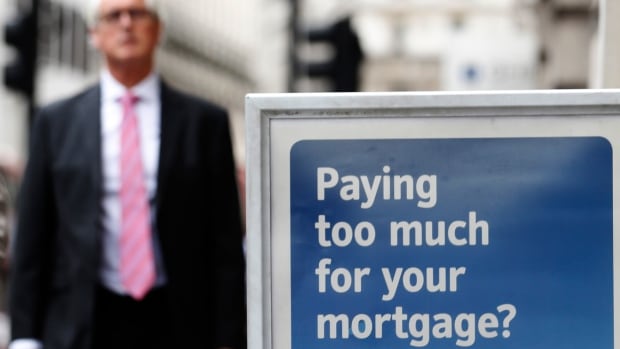 When the Bank of Canada raised its benchmark interest rate for the first time in two years earlier this month, it sent an unmistakable message to borrowers that the era of cheap money was coming to an end.

While economists expect the bank to gradually raise its rate another half-dozen times or so this year, there’s a growing sense that the bank may need to start moving faster and more dramatically than anticipated to rein in inflation, which is already at its highest level in a generation.

Pricing in investments known as swaps suggests there a good chance the bank will ratchet its rate up by half a percentage point when it meets in April, taking the benchmark rate to 1 per cent.

The bank’s deputy governor said as much at a speech in San Francisco this week, telling attendees at a monetary policy conference that an uptick of household debt was “worrisome” and that the bank was “prepared to act forcefully” to ensure inflation doesn’t run too hot for too long.

“I expect the pace and magnitude of interest rate increases … to be active parts of our deliberations at our next decision,” Sharon Kozicki said.

How much and how fast

For Carlos Capistrán, an economist with Bank of America, strong language like that from a central banker is a clear sign that “everything is on the table,” when it comes to bringing down inflation.

That type of tough talk is the banks’ way of saying “We’re really going to fight this forcefully if we need to,” according to Capistrán.

It’s why he’s hiked up his rate forecast since Kozicki’s speech, to include not just one but three big hikes in quick succession. He’s now projecting the central bank to hike by 50 points at each of its next three meetings in April, June and July, and follow those up with smaller ones after that into next year until the bank rate sits at 3.25 per cent.

That’s almost double the 1.75 per cent the bank’s rate was at before the pandemic, and you’d have to go back to 2008, before the financial crisis, to find the last time the rate was that high.

To Capistrán, the reasons to speed things up are obvious. “Inflation is pretty high, the economy is really hot, the labour market is really hot in Canada and the [U.S.] Fed is about to hike 50 basis points as well,” he said in an interview. “So there are a lot of reasons why they may be more aggressive than usual this time around.”

Aggression may be what’s required right now, but borrowers risk being the collateral damage in the central bank’s nascent inflationary fight.

Variable rate loans are pegged to the central bank’s rate, and they’ve been inching higher in recent weeks, in anticipation of the bank’s move.

Fixed-rate loans, meanwhile, aren’t impacted by the central bank’s rate and are instead priced based on what’s happening in the bond market, but there, too, the market has been flashing red warning signs for the past month: rates are headed higher, fast.

When borrowers take out a loan from a bank, they may assume the lender has that sort of cash on hand but in fact they borrow it on the bond market, and make a profit on the spread between the rate they pay to borrow money for themselves, and the rate they charge their customers when they lend it out in things like mortgages.

A good number of borrowers opt for five-year fixed rate loans, which makes the five-year Government of Canada bond the best proxy for what might be about to happen to fixed-rate loans, and the yield on that debt has jumped by more than a per cent in March — an unprecedented leap in the staid world of bonds.

The yield on the five-year bonds topped 2.5 per cent for the first time since the pandemic this week, which is pushing fixed mortgage rates well above three and even four per cent in response.

The Bank of Canada calculates that the average rate on a conventional mortgage at the big banks is currently 4.79 per cent, and according to rate comparison websites rates.ca and ratehub.ca, it’s not hard to find a variable rate loan right now for a little over one per cent.

If Capistrán’s projections are right and the Bank of Canada rate is headed to 3.25, expect variable rates to make a similar leap.

The impact could be dramatic. Right now, an uninsured 25-year mortgage of $400,000 at 1.5 per cent would cost $1,599 a month. But if that variable rate goes up to just four per cent, where fixed rate loans already are, the monthly payment jumps by more than $500 a month for the life of the loan.

An Angus Reid poll found that 58 per cent of homeowners say the costs of owning a home are already crowding out other parts of their budget. 2:06

That’s $500 less in every home owner’s pocket to spend on other things, which is why the Bank of Canada is getting concerned. “Rising mortgage rates will weigh on their spending,” Kozicki said in her speech “and if enough of them were to slow their spending materially, it could affect the whole economy.”

Finding the right balance between reining in inflation without toppling the economy is the central bank’s job, and economists have a term for what the best case scenario is.

“What the central bank is trying to do and what we are all hoping for is what we call a soft landing,” Capistrán said. “To bring inflation down without engineering a recession.”

Andrew Husby, an economist with Bloomberg, says that so-called soft landing the bank is trying to pull off is being made even harder by the bank’s longstanding preference to be cautious when it comes to raising and lowering rates.

Ultimately, that stated predilection is why he’s not among those who’s expecting a bigger than usual rate hike next week — a path that he thinks should be good enough to accomplish its goal of bringing down inflation over the long run.

“As we get into the back half of the year, we’ll see inflation starting to come down,” he said. “Not as far as the bank would like, but at least headed in the right direction.”