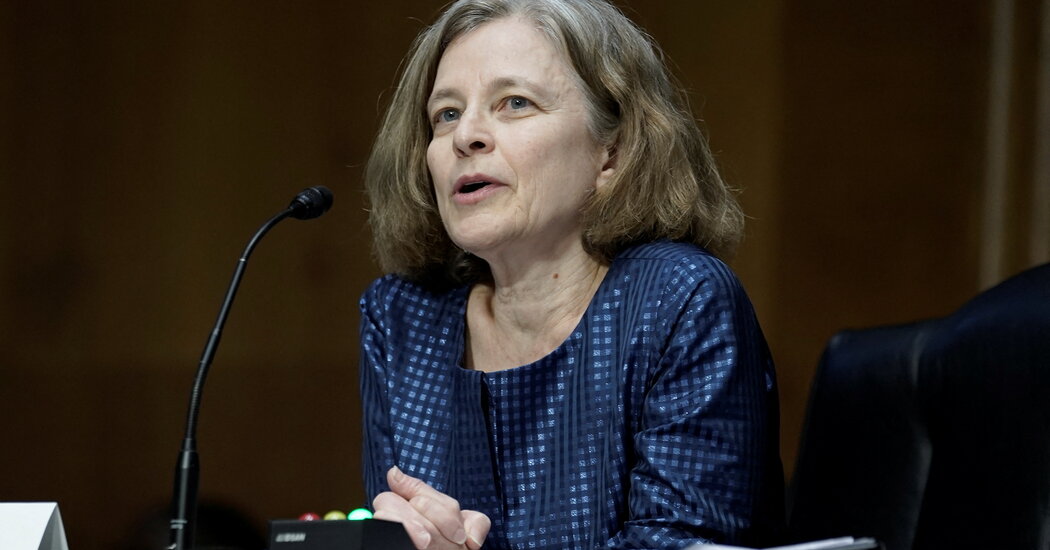 Saule Omarova, a Cornell Law School professor whom critics painted as a communist after Mr. Biden picked her to lead the Office of the Comptroller of the Currency, withdrew her candidacy late last year.

Opponents to Ms. Raskin’s confirmation targeted more than just her climate views. They also took issue with work she did in the private sector — and the way she answered questions about that work.

Republicans had specifically cited concerns about Ms. Raskin’s time on the board of directors of a financial technology firm. The company, Reserve Trust, secured a coveted account with the Fed — giving it access to services that it now prominently advertises — after Ms. Raskin reportedly called a central bank official to intervene on its behalf.

It is unclear how much Ms. Raskin’s involvement actually helped. But the episode raised questions because she previously worked at the Fed and because she made about $1.5 million from the stock she earned for her Reserve Trust work. Democrats regularly denounce the revolving door between regulators and financial firms.

Republicans had demanded that Ms. Raskin provide more details about what happened while she was on the company’s board, but she had largely said she could not remember. Senator Patrick J. Toomey of Pennsylvania, the top Republican on the committee, led his colleagues in refusing to show up to vote on Ms. Raskin and the other Fed nominees until she provided more answers.

Mr. Toomey signaled on Monday that he would favor allowing the other Fed nominees to proceed.

Sherrod Brown, Democrat from Ohio and the chairman of the Senate Banking Committee, said in a statement on Tuesday that he would hold a markup for the other nominees, and later told reporters that he might move them as soon as this week.

“Sadly, the American people will be denied a thoughtful, experienced public servant who was ready to fight inflation, stand up to Wall Street and corporate special interests, and protect our economy from foreign cyberattacks and climate change,” Mr. Brown said in his statement.

Several more progressive Democrats expressed disappointment that Ms. Raskin would not be confirmed.

“The lobbyists have power on Capitol Hill, and when they see their power threatened, they fight back hard — Sarah Bloom Raskin is just the latest casualty,” Senator Elizabeth Warren, Democrat of Massachusetts, said in response to the news.