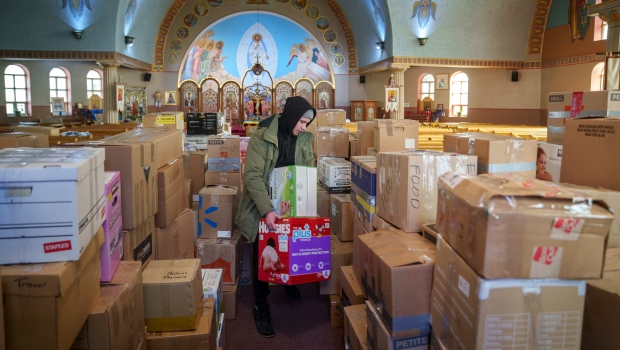 Artists and arts organizations across Canada are working to launch shows in support of Ukraine while taking public stances against Russia and its devastating invasion on the country launched last week.

Kostyuk says the original plan was to have the sound and projection exhibit ready for September, but when the Russian army began its advance last week, Shevchenko’s 19th-century work promoting an independent and sovereign Ukraine became urgently relevant.

He said in an interview today he’s working with a team at the National Museum of Taras Shevchenk in Kyiv — mostly at night, when the internet is faster — to get the show ready for March 15 viewings in Toronto, Chicago, Denver, Los Angeles and Boston.

Raiskin wrote in a Facebook Wednesday he was suspending all immediate and future work in Russia until the country ended its “barbaric” and “fratricidal” assault on Ukraine and justice had been served.

This report by The Canadian Press was first published March 5, 2022.