Anushka Sharma who is all set to step into the shoes of Jhulan Goswami for ‘Chakda Xpress‘ has congratulated the cricketer for bagging her 250th ODI wicket. The actress posted a screenshot of a news report on her Instagram stories.

She wrote, ”Congratulations on adding another feat ”. Jhulan accomplished a huge milestone on Wednesday as she bagged her 250th ODI wicket in the ICC Women’s World Cup 2022 match against England. Earlier, she had created history in women’s cricket by becoming the first player ever to take 40 wickets in Women’s World Cups alone, going past Australia‘s Lyn Fullston. 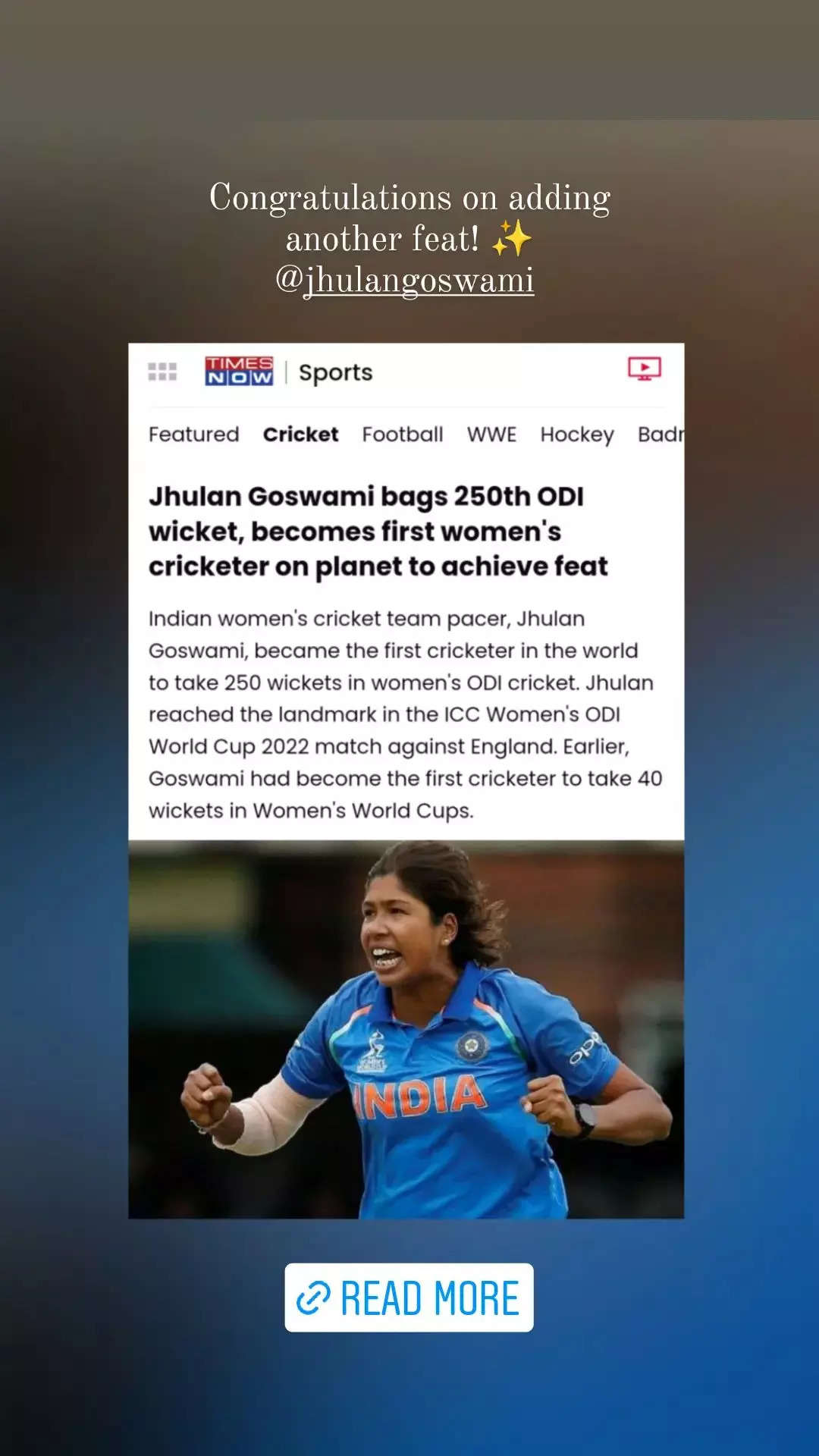 Sharma is busy prepping for her upcoming sports film. Earlier, she had posted a teaser video of the film and penned a long note with it. A part of her note read, “It is a really special film because it is essentially a story of tremendous sacrifice. Chakda Xpress is inspired by the life and times of former Indian captain Jhulan Goswami and it will be an eye-opener into the world of women’s cricket. At a time when Jhulan decided to become a cricketer and make her country proud on the global stage, it was very tough for women to even think of playing the sport. This film is a dramatic retelling of several instances that shaped her life and also women’s cricket.”

Chakda Xpress will also mark Anushka’s comeback in films after almost 3 years. This will also be her first film, post welcoming a baby girl with Vamika with her husband Virat Kohli.