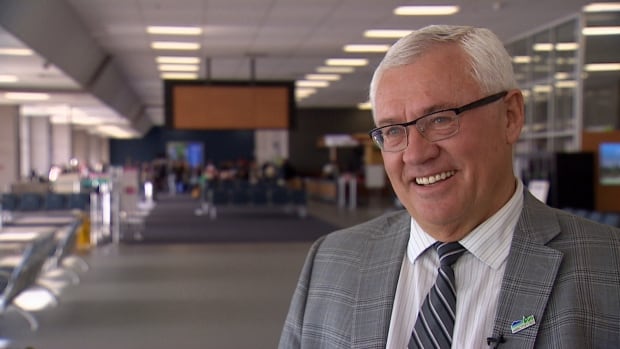 The mayor of Abbotsford, B.C. says he is “optimistic” after the governments of Washington state and British Columbia announced a cross-border proposal to develop a new flood prevention plan and response for the Nooksack River.

The city in the Fraser Valley east of Vancouver was significantly affected by floods in November, with hundreds forced to flee their homes and billions of dollars in damage to farms in the low-lying Sumas Prairie area of the city.

The flooding of Washington state’s Nooksack River, on multiple occasions over two weeks, contributed significantly to the devastation in the city, along with the flooding of the Fraser River on the Canadian side of the border.

The B.C. government was criticized for not preparing appropriately for the disaster, including co-ordination with their neighbours in Washington state.

On Tuesday, the province announced a new initiative that will look to improve the flood infrastructure around the Nooksack River ahead of any future disasters.

“We are proud to co-ordinate with our Washington neighbours on devastating flooding from the Nooksack watershed,” said B.C. Premier John Horgan in a statement.

Washington Gov. Jay Inslee said in the same statement that flooding will continue to worsen in the face of population growth, development and climate change, and a long-term approach on both sides of the border is needed.

B.C. has budgeted $1.5 billion over the next three years on recovery supports for people and communities impacted by the floods, and Horgan says having both U.S. and Canadian perspectives will help mitigate future damage.

More details about the “Nooksack transboundary flooding initiative” will be announced in the spring, according to the statement. It says that initial planning, including consultation with First Nations, will begin this month.

Abbotsford Mayor Henry Braun said he was pleased with the announcement on Tuesday.

“I welcome the focus that it’s going to bring to long term flooding,” he told Gloria Macarenko, host of CBC’s On The Coast. “The mitigation strategies that will come out of that, that work, will help how we protect our residents and community from future flooding.”

Braun said local governments need provincial and international help to prepare for future flood events, and he hoped the new initiative would resolve long-standing issues. A Nooksack flood in 1990 did not lead to a similar initiative, according to Braun.

On The Coast8:32B.C. and Washington State team up to address Nooksack flooding fears

Premier John Horgan and Washington Gov. Jay Inslee are announcing a transboundary initiative to address Nooksack River flooding prevention and response. We speak to Abbotsford’s mayor about the move. 8:32

“There needs to be some diking … that needs to be reinforced or shored up so that the Nooksack stays within its banks,” he said. “I am hoping that they will do what needs to be done on their [U.S.] side.”

Braun also says that he has been advocating for years that dikes around the crucial Barrowtown Pump Station be raised.

Abbotsford’s recovery plan from the disaster is set to be presented soon for public consultation. Braun said federal Emergencies Minister Bill Blair had met with him a few times already and had a rough idea of what the plan looked like.

He said he was optimistic that investments, totalling nearly $3 billion, would be made to ensure large-scale flooding would not happen again.