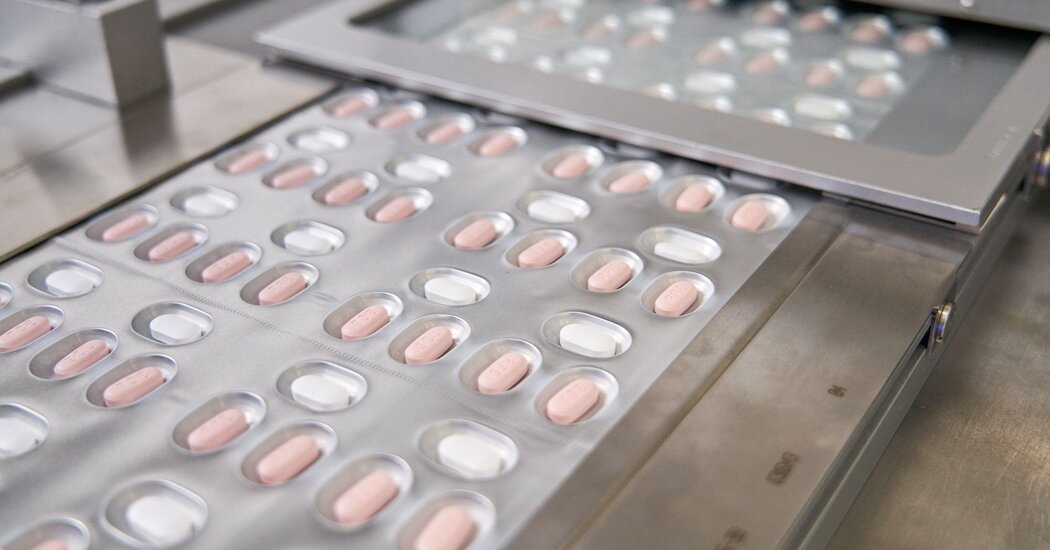 A funding dispute with Republican senators may complicate the Biden administration’s efforts to guarantee supplies of free antiviral pills and monoclonal antibody treatments this year to Americans who test positive for the coronavirus.

At issue is whether the White House has provided the level of detail desired by Republicans about the trillions of dollars in Covid relief spending that Congress previously authorized. A group of three dozen Republican senators, led by Mitt Romney of Utah, told the White House last week that they would not consider billions in new Covid relief spending without a more detailed accounting of how existing funds had been spent and whether any money was left over.

“It is not yet clear why additional funding is needed,” they wrote in a letter to President Biden on Wednesday.

Republican senators have suggested that the administration should divert money from the $1.9 trillion pandemic law to the areas of need, rather than have Congress spend billions of new funds.

Jen Psaki, the White House press secretary, said on Friday that the current supply of monoclonal antibodies will run out by May and stocks of oral antivirals would be depleted by September without new purchases. “This is an urgent request,” she said.

A breakdown of spending on Covid-related supplies like testing, vaccines and treatments provided to Congress by the Biden administration and obtained by The New York Times indicated that nearly all existing funds had been spent or committed in signed contracts, and that any remaining funds had been allocated. The administration offered some detail on its plans for new Covid spending in a letter to Congress on Wednesday.

The funding dispute is playing out as the White House tries to put in place plans that it says are essential to the country’s efforts to return to a semblance of normalcy.

Hundreds of pharmacies and other health facilities were prepared to launch a “test to treat” program this week allowing people to walk in for a coronavirus test and, if the results are positive, to leave with free antiviral pills, administration officials said.

Last week, the Department of Defense told STAT, a medical news outlet, that it would exercise contract options to buy more of Pfizer’s antiviral treatment, known as Paxlovid, once funding became available.

The White House also said that Americans who had already received a package of four free at-home coronavirus tests from the government would become eligible this week to place a second order on covidtests.gov.

New virus cases in the United States have plunged in recent weeks, but more than 1,500 Americans are still dying from the virus each day on average.

There are also signs that a particular version of the Omicron variant that is even more contagious than the one that tore through the United States this winter is becoming more prevalent, rising to roughly 8 percent of sequenced cases in the United States by late February. But overall cases remain on the decline and vaccines look to be equally effective against the Omicron subvariant, which does not appear to be any more severe.

Biden administration officials hope to include the $22.5 billion in coronavirus aid, alongside humanitarian and military aid for Ukraine, in a sprawling catchall spending package that would fund the government for the remainder of the fiscal year. Congress has until March 11, when funding is set to lapse, to hammer out the details of a deal.